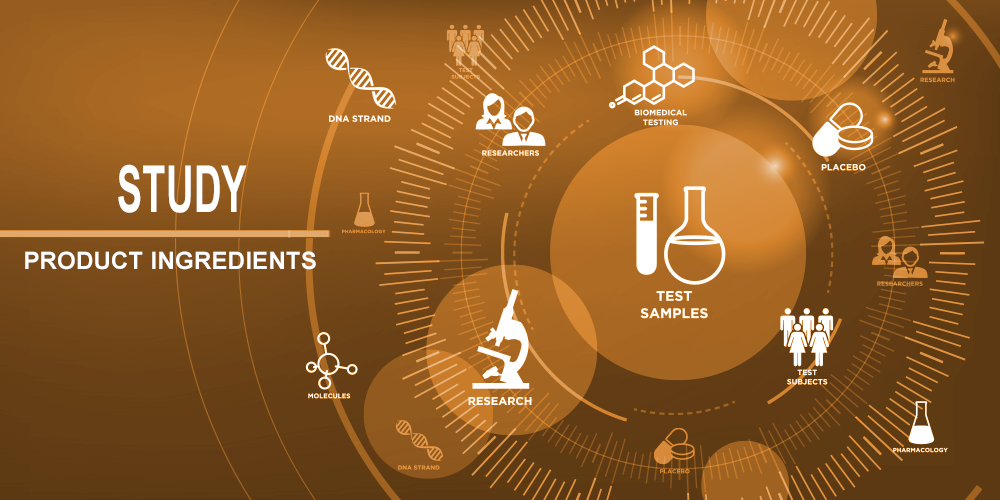 Ingredients shown to be Safe and Effective DHT Blockers

The individual substances used  in the formulations comprising the HairGenesis™ treatment line were selected for inclusion after meticulous research. A great deal of basic science as  well as independent clinical research supports the efficacy of certain botanicals as known inhibitors of 5AR. A small compilation of this independently derived  data has been gathered below in support of the safety, efficacy and value of HairGenesis™.

The Saw Palmetto is a small shrubby palm native to Florida and has a long  folk history as an aphrodisiac and sexual rejuvenator. Recent studies have implicated saw palmetto as an effective treatment for benign prostatic hyperplasia (BPH). Investigators have found that the fatty and sterolic extracts (fatty acids:  capric, caprylic, caproic, lauric, palmitic, and oleic; sterols: beta-sitosterol, stigmasterol, cycloartenol, luepol, lupenone and 24 methyl-cycloartenol) are the active molecular components responsible for its therapeutic action.

“In a large European study, one in which a pharmaceutical clinical trial model was closely followed, a saw palmetto product (permixon) was found to cause no change in standard blood tests and no change in serum prostate  specific anagen levels (PSA) during a six month treatment period.” Carraro  et al. Prostate vol. 29 pp.231-240 1996

“Among 1,098 patients with BPH (benign prostatic hyperplasia) in that study, the general safety profile of saw palmetto compared favorably with that  of Finasteride (the chemical used in the drugs Propecia [for hairloss treatment] and Proscar [for prostate treatment] ), and sexual side effects were less common with the extract than with the drug Finasteride. In particular, the use of extract has not been associated with erectile dysfunction, ejaculatory disturbance, or altered libido.” Carraro et al. Prostate vol. 29 pp.231-240 1996

“Aside from an occasional instance of GI upset, side effects of saw palmetto extract have not been reported” Bach et al. Phytomedicine pp. 105-111, 1996. “Pharmaceutical style evaluations have not yet been performed in the United States, partly  because they are not required by law, and partly because the cost of such evaluations would be difficult to recoup with non-patentable products.”  Marks and Tyler, Urology, vol. 53, 457-461, 1999

“LSESr was found to be a three fold more potent competitor of 5AR (5-Alpha-Reductase)  than Finasteride when comparing the recommended therapeutic dose by the  manufacturers for the treatment of BPH. (5mg per day vs. 320mg per day LSESr  Note: The hairloss treatment drug Propecia = 1mg per day Finasteride.” (This suggests a fifteen-fold greater efficacy dose for dose in favor of LSESr) Delos et al., J. Steroid  Biochem. Molec. Biol., vol. 48, pp 347-352, 1994

“Naturopathic physicians have used LSESr as a tonic to naturally support the body in the treatment of genital/urinary tract disturbances, in men  to increase testicle function, and in women with mammary gland disorders.”  Murray, Vital Comm. 1990 pp 1-14

Abstract
The present study describes the independent expression of the Type 1 and 2 isoforms of human 5-Alpha-Reductase in the baculovirus-directed insect cell expression system and the selectivity of their inhibition. The catalytic properties and kinetic parameters of the recombinant isozymes were consistent with published data. The Type 1 isoform displayed a neutral (range 6-8) pH optimum and the type 2 isoform an acidic (5-6) pH optimum. The Type 2 isoform had higher affinity for testosterone than did the Type 1 isoform  (Km = 0.5 and 2.9 microM, respectively). Finasteride and turosteride were selective inhibitors of the Type 2 isoform (Ki (type 2) = 7.3 and 21.7 nM  compared to Ki (type 1) = 108 and 330 nM, respectively). 4-MA and the lipido-sterol  extract of Serenoa Repens (LSESr) markedly inhibited both isozymes (Ki (type 1) = 8.4 nM and 7.2 micrograms/ml, respectively; Ki (type 2) = 7.4 nM and  4.9 micrograms/ml, respectively). The three azasteroids were competitive inhibitors vs. substrate, whereas LSESr displayed non-competitive inhibition of the Type 1 isozyme and uncompetitive inhibition of the Type 2 isozyme. These observations suggest that the lipid component of LSESr might be responsible for its inhibitory effect by modulating the membrane environment of 5-Alpha-Reductase. Partially purified recombinant 5-Alpha-Reductase Type 1 activity was preserved  by the presence of lipids indicating that lipids can exert either stimulatory or inhibitory effects on human 5-Alpha-Reductase.

One of the most profoundly significant developments in the past few years is the discovery of the action in the body of the plant sterols and sterolins. These are potent phytochemicals  found in a variety of botanical sources. There are a number of different  sterols and these include the principal phytosterol, which is known as sitosterol.

In addition to sitosterol the most common sterols include campesterol, sitostanol and stigmasterol. The glucoside of sitosterol is known as sitosterolin and in plants it is always found together with the sterol. The ratio of sterol  to sterolin varies in the plant kingdom ranging from 5% to 10% but in some  cases being higher as in the case of potatoes.

Sterols are essential cell membrane components and the maintenance of adequate serum levels in humans seems to be necessary for an efficient immune system. Seeds are the richest source of the sterols and sterolins and yet, the refining  processes applied by the food industry render the staple foods useless, because  they remove the sterols and sterolins to make the product more appealing to the eye.

For instance, in order to prevent precipitation of the fats in so-called “cold pressed oils,” the oil is heated and refined to remove the sterols / sterolins. Sterols and sterolins have been shown to modulate the functions  of the T-Cells both in vitro and in vivo by enhancing their cellular division.

Recent research conducted by Professor Patrick Bouic and his research team at the University of Stellenbosch Medical Faculty and published in the International  Journal of Immunopharmacology is providing an entirely new medical approach to the treatment of autoimmune diseases and other chronic diseases that  only manifest themselves when the afflicted individuals are at cause. International medical and scientific interest on this breakthrough has been overwhelming.

Beta Sitosterol assists in the conversion of linoleic acid to polyunsaturated fatty acids. This process is essential for the conversion of the Omega 6 fatty acids to prostaglandins and leukotrienes. Prostaglandins and leukotrienes  are hormone like substances that are involved in immune support; they assist in the reduction of thrombo-embolic disorders by reducing platelet aggregation  and they also assist in the reduction of inflammatory metabolites.

Beta Sitosterol can be metabolized to pregnenolone and therefore to DHEA and  the other hormones derived from pregnenolone and its analogues. In the human body there is a steady decline with age in the production of DHEA, which is the master hormone responsible for the synthesis of estrogen, progesterone, testosterone, cortisol and others.

By the age of 70 the DHEA production can be down to 10% or 20% of the levels found in a twenty year old, thus sitosterol supplements have an enormous potential for supporting the endocrine system in elderly people and, by implication, increasing their longevity.

Title
Beta-Sitosterol for the treatment of benign prostatic hyperplasia: a systematic  review.

Abstract Objectives: To conduct a systematic review  of the evidence for the efficacy of beta-sitosterol in men with symptomatic benign prostatic hyperplasia (BPH). METHODS: Studies were identified through Medlinetrade mark (1966-98), EMBASEtrade mark, Phytodok, the Cochrane Library,  bibliographies of identified trials and review articles, and contact with  study authors and pharmaceutical companies. Randomized trials were included  if: men had symptomatic BPH; plant extract preparations contained beta-sitosterols;  a control group received placebo or a pharmacological therapy; and treatment duration was >/=30 days. Study characteristics, demographic information, enrolment criteria and outcomes were extracted.

Results: Four trials comprising a total of 519 men met the inclusion criteria. All were double blind and lasted 4-26 weeks. Three studies used  nonglucosidic beta-sitosterols and one used a preparation that contained only beta-sitosterol-beta-d-glucoside. Compared with placebo, beta-sitosterol  improved urinary symptom scores and flow measures. For the two studies reporting  the International Prostate Symptom Score (IPSS), the weighted mean difference  (WMD) against placebo was -4.9 IPSS points (95% confidence interval, CI, -6.3 to-3.5). The WMD for peak urinary flow rate was 3.91 mL/s (95% CI 0.91 to 6.90, four studies) and for residual volume the WMD was -28.62 mL (95% CI-41.42 to-15.83, four studies). Beta-sitosterol did not reduce prostate  size.The trial using pure beta-sitosterol-beta-d-glucoside (WA184) showed no improvement in urinary flow measures. Withdrawal rates  for men assigned to beta-sitosterol and placebo were 7.8% and 8.0% (not  significant), respectively. CONCLUSION: beta-sitosterol improves urological  symptoms and flow measures. However, the existing studies are limited by  short treatment duration and lack of standardized beta-sitosterol preparations. Their long-term effectiveness, safety and ability to prevent the complications  of BPH are unknown.

Gamma Linolenic Acid (GLA), Alpha Linolenic Acid (ALA), Linoleic and Oleic Acid are essential fatty acids found in plant oils. These fatty acids have been individually proven to inhibit 5-Alpha Reductase. The essential fatty acids are among the most powerful inhibitors of 5-Alpha Reductase known  today. They have been demonstrated to inhibit both Type 1 and Type 2 isoforms  of the enzyme 5AR. This is in marked contrast to finasteride, which has been shown efficacious only in the inhibition of Type 2 5AR. Importantly  for the purposes of considering value in combating pattern hair loss; the Type 1 isoenzyme is present in high concentrations in the scalp, sebaceous glands, and the skin. It has also been shown that GLA, ALA and Oleic acid  have potent anti-inflammatory properties.

Abstract
Enhancement of skin distribution of propylene glycol (PG) in the skin by high purity cis-unsaturated fatty acids with different alkyl chain lengths was studied in the rat using Fourier transform/attenuated total reflection (FT-IR/ATR) analysis. Two fatty acids with the double bond at the delta9 position, palmitoleic acid (omega7, delta9) and oleic acid (omega9, delta9), enhanced PG flux into the dermis and increased the dermal steady state level of PG. In contrast, myristoleic acid (omega5, delta9) was extremely weak in its action. A positional effect of the omega chain was observed. The rate of skin structural alteration increased in proportion to omega chain  length. The application of three fatty acids with the double bond at the omega9 position, oleic acid (omega9, delta9), gondoic acid, (omega9, delta11),  erucic acid (omega9, delta13) enhanced PG distribution in the skin. While  nervonic acid (omega9, delta15) did not increase PG distribution in the  skin, the relationship of the delta/omega ratio to parameters characterizing  the action of enhancers (PG (peak area max), T (max alteration), and the slope) suggest that skin distribution increases as the position of the double bond is shifted toward the hydrophilic end. It is therefore likely that  the ratio of the delta/omega chain length of the cis-unsaturated fatty acid determines the efficacy of these compounds as skin penetration enhancers. An adequate molecular volume may be required for cis-unsaturated fatty acids to act as enhancers.

Procyanidin Oligomers (also known as Proanthocyanidin) are naturally derived ingredients that have shown to stimulate hair growth with a mechanism of action thought by some investigators to be similar to that of Minoxidil  (Rogaine™). Recent studies have shown that Procyanidin Oligomers promote growth stimulation activity of hair epithelial cells in vitro and stimulate  anagen induction in hair follicles in vivo.

Biotin, also known as Vitamin H, aids in the utilization of protein, folic acid, Pantothenic acid, and Vitamin B-12, and has also been shown to promote healthy hair. A deficiency of biotin may lead to extreme exhaustion, drowsiness,  muscle pain, loss of appetite, depression, loss of skin tone, and hair loss.

Abstract
Vitamin A, B1, B2, B6, B12, biotin, nicotinic acid, panthotenic acid, vitamin  C, E and K has been used for various skin disorders. The use is mostly based  on the similarity of the skin manifestations seen in their deficiencies,  except for the rare cases of clear deficiency like pellagra. Recent introduction  of vitamin A and D analogues for psoriasis and keratinization disorders resulted in significant progress in clinical dermatology. Application of vitamin C, E and beta-carotene++ for UV-induced skin damages are being studied, and the vitamins will be more important in dermatology in the future.