When we first formed our company back in 1993 we recognized that the treatment options available were, to say the least, sub-optimal.

There was Rogaine©, there were wigs / hair replacement systems, and there was hair transplant surgery. Rogaine© worked for some but was not without limitations and potential negative side effects.

Wigs / hair systems could look great but required constant, costly upkeep. Plus, they were itchy and often caused the wearer’s hair to thin even further.

In the proper hands, surgical hair transplantation was an effective solution, but quite expensive. And if the surgeon wasn’t also an artist, the results could look dreadful. So when we started HairGenesis® we vowed to bring something truly useful and demonstrably better to the marketplace.

The start of something useful became something amazing.

To begin, and partnering with a highly gifted transplant surgeon, we spent many years also conducting FDA-regulated, IRB-monitored, placebo-controlled research testing a number of compounds and medical devices intended to advance the field. From this work we learned how proper research ought to be done.

Thus, in 1994 when we turned our attention to the idea of creating a better, naturally-derived hair loss treatment product, we followed the same scientifically scrupulous methodology used to validate drug-based therapies. As we soon learned, by applying rigorous standards of scientific validation to our candidate compounds, we were almost alone in the hair loss treatment field. This distinction has only grown during the twenty-plus years we have spent developing and refining our HairGenesis™ product line. 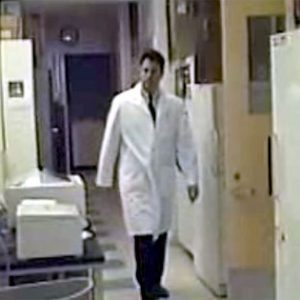 Dr. Geno Marcovici became fascinated with hair from a young age. His father was a hair stylist, his mother, a manicurist. At the age of 24, he began losing his hair. Disheartened by the limited availability of viable treatment choices, he decided to turn his professional attention to the hair loss industry.

Today, Dr. Marcovici continues to work diligently in this exciting scientific arena. His primary goal is to keep discovering, testing and bringing to market safe and highly effective solutions against pattern hair loss.

Beginning in 1988, Marcovici became involved with companies offering hair replacement systems, laser therapy, minoxidil therapy and surgical hair restoration. He learned about the pluses and minuses of each option by spending years observing how they worked for real people in the real world.

In 2000, he obtained a doctorate in Molecular Biology, writing his dissertation on the subject of natural compounds and their putative utility in the setting of common pattern hair loss (Androgenetic Alopecia – AGA).

Over the past two decades, he has authored a number of well-respected, peer-reviewed and published studies in this branch of medicine. Likewise, he has participated as an expert reviewer in numerous university-based studies, including those testing naturally-based compounds.

In 2014, after a great deal of study, Dr. Marcovici was awarded the title of “Board Certified Diplomate” by the American Association of Anti-Aging Health Providers.

Company formed. Original concept was to integrate state-of-the-art medical research with artistically-rendered surgical transplantation. Denver, CO-based parent company of HairGenesis® operated as a surgical hair restoration center for much of the 1990’s.
1994-98

Several, FDA-regulated, IRB-monitored studies undertaken. These included the use of autologous fibroblasts as an adjunctive tool to aid healing as well as the deployment of copper-based tripeptides intended to speed revascularization of the transplant tissue grafts. Studies were subsequently reduced to monograph form and submitted for peer-review and publication in the appropriate medical Journals.

Based on excellent response to treatment observed so far, Company elects to undertake third-party, placebo-controlled, double-blind clinical study. Note: This work constitutes the first example of a naturally-based hair loss treatment formulation tested under such conditions.

As previously, results from the SUNY research reduced to monograph form and submitted for peer-review. Monograph accepted for publication and reported in Evid Based Complement Alternat Med Journal: PubMed

As published in the Journal, Phytother Res. Generation Seven HairGenesis™ outperformed finasteride in a number of key studies testing the ability of both compounds to ameliorate the gene expression markers linked to pattern hair loss and benign prostatic hyperplasia (BPH): PubMed

At the present time, HairGenesis™ represents a unique option in the hair loss treatment category. No other naturally-based product has backed up its performance claims with the sort of high level of scientific analysis, research, and validation noted herein. Accordingly, it is our viewpoint that HairGenesis® offers the safety of a natural product coupled with the scientific proof associated with the drug-based alternatives.

What Then of The Future?

What then of the future? Because pattern hair loss is considered a complex trait disorder, the opportunity to identify, target and modulate causative factors remains a compelling modus operandi. We shall pursue this approach in a reasoned, careful and painstaking manner. As such, we have every reason to hope that enhanced clinical outcomes shall remain not only possible, but likely.

Are you ready to stop hair loss at the root?

Are you ready to stop hair loss at the root?